There Is No Freedom Without Truth

“Dwight D. Eisenhower was a five-star general in charge of the Normandy Invasion and a popular two-term President of the United States. Today he would be called a ‘conspiracy theorist.’”

Dwight D. Eisenhower spoke the truth. Unfortunately, it was already too late. John F. Kennedy, stood up to the military-security complex and paid with his life. The Dulles brother ran both the State Department and CIA. Overthrowing foreign governments at will. Read more The Brothers: John Foster Dulles, Allen Dulles, and Their Secret World War

When the Soviet Union collapsed in 1991, the cold war was over. The ‘Soviet Threat’ was replaced with the ‘Muslim Threat’ a war on Terror! This called for a new ‘Pearl Harbor.’ 9/11 allowed the George W. Bush regime to begin their conquest of the middle east.

Dr. Paul Craig Roberts gives both the initiated and unbelievers a excellent historical perspective of how our freedoms and democracy have been lost to the industrial military complex. Enjoy the article.

There Is No Freedom Without Truth

Dwight D. Eisenhower was a five-star general in charge of the Normandy Invasion and a popular two-term President of the United States. Today he would be called a “conspiracy theorist.”

Were Ike to be issuing his warning from the White House today, conservative Republicans like Senators Lindsey Graham (R-SC) and Marco Rubio (R-FL) would be screaming at Ike for impugning the motives of “the patriotic industry that protects our freedom.” 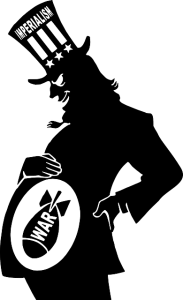 Neoconservatives such as William Kristol would be demanding to know why President Eisenhower was issuing warnings about our own military-industrial complex instead of warning about the threat presented by the Soviet military.

The presstitute media would be implying that Ike was going a bit senile in his old age, a tactic the presstitutes used against President Reagan as he struggled to end stagflation and the Cold War.

By January 17, 1961, when Eisenhower issued his warning in his farewell address to the American People, it was already too late. Cold Warriors had had their hooks into the American taxpayer for 15 years after the end of WW II, and the military-industrial complex had replaced “mom and apple pie” as the most venerated and entrenched US interest. The Dulles brothers ran the State Department and CIA and overthrew governments at will.

The military-industrial complex had learned that regardless of the protestations of high-ranking military officers, no cost-overrun, no matter how egregious, went unpaid. Armaments industries and military bases were spread all over the country and were important considerations for every senator and many congressional districts. The chairmen of House and Senate military appropriations subcommittees and armed services committees were already dependent on campaign contributions from the military-industrial complex and for cushy jobs should they lose an election.

Reaad the full article: There Is No Freedom Without Truth — Paul Craig Roberts – PaulCraigRoberts.org