George Carlin on the American Dream

“Ten years later, the veracity of Carlin’s words rings truer than ever. Next year the richest 1% of humans on this planet will own more wealth than the rest of us 99% earth inhabitants combined. And in the ensuing years since Carlin uttered those words, the oligarchic “owners” of this nation care even less about us.”

Is the American Empire Imploding?

Is America systematically being dumbed down to believe in a system that really does not serve anyone? As George says, “It’s called the American Dream, ’cause you have to be asleep to believe it.” Many agree with Carlin’s assessment of the way things are. One believer is Joachim Hagopian a West Point graduate and former US Army officer.

He argues that America has been dumbed down and conditioned into accepting lies as the truth. And as long as the continuous propaganda brainwash keeps bombarding the masses on a daily 24/7 , Americans will only continue to be kept in the dark as the last to know what’s really going on.

So what is going on? Joachim provides an all encompassing overview of his take on what is occuring in America today. It is an eye opening artticle for many and adds credibilty to George Carlin’s rant on the American dream. Enjoy the article.

Breaking through Americans’ Dumbed Down Layers of Deception and Denial 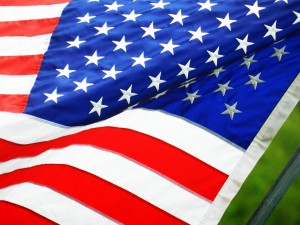 Last year a joint Princeton-Northwestern study confirmed Carlin’s blunt assertion, making it official – the United States government is an oligarchy. Our elected representatives serve the interests of the controlling elite that years ago Carlin astutely pointed out owns the government, the Fortune 500 transnational corporations, us and virtually the entire world.

The psychology of denial that has so many Americans still unwilling to face the truth of course gets reinforced daily by the constant barrage of MSM-government lies and propaganda. Because the vast majority of Americans love the country they grew up in, to realize that their homeland they’ve always cherished and loved turns out to be a villainous Empire that’s the enemy of the entire world, betraying and enslaving its own people and beyond, sacrificing Americans’ well-being for global hegemony and full spectrum dominance is a very hard and bitter pill to have to swallow. It’s very similar to finding out your own father is a mass murderer.

Read the full story on http://empireexposed.blogspot.ca/2015/03/breaking-through-americans-dumbed-down.html