Politics – “To be sure, China has had a good couple of months when it comes to projecting their rising superpower status to the rest of the world. Well, besides when Washington does things like bully nations with no standing army into supporting a unilateral invasion of a sovereign country under false pretences and then, to add insult to injury, has the almost inconceivable nerve to call the cobbled together support group a coalition of the willing. This is truly the definition of irony.”

The Synchronicity and The Irony

When I read this I actually laughed. Out loud if you can believe it? Just as my eyes hit the title of the article I am about to share with you, Moody Blues, A Question of Balance was playing over the rock station. That’s the synchronicity. “

“Why do we never get an answer
When we’re knocking at the door?
With a thousand million questions
About hate and death and war 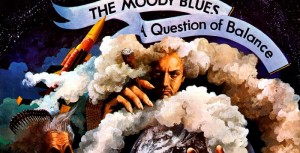 Justin Hayward said when he wrote Question, “was to do with the fact that we’d achieved great success in the United States and we were playing a lot of student venues and colleges, and the student audience was our audience. We were mixing with these people and seeing how different the problems were for them and the issues in being a member of the greatest nation on earth: the United States.” Justin Hayward, The Moody Blues

The the full Justin Hayward interview on Song Facts.

As a child growing up in Ontario, Canada I always loved America and the freedom she stood for. And I still do. We were neighbours after all. 35 years later, I still love em, just can’t understand em. I do sense that the American Empire is losing its gloss. Not much has changed since 1970 and according to Wikipedia America has been involved in 17 wars since the end of the Vietnam conflict. That’s a lot of pushing your weight around.

Today America is feeling threatened as China begins to extend their global reach into territories that were once the domain of the United States.

Obama is concerned China of using their size and muscle to bully other countries. That’s rich! Although, specifically in this case Obama may have a point. China is currently building artificial islands in the South China Sea, to safeguard sovereignty in waters where China’s territorial claims overlap those of Vietnam, the Philippines, Malaysia, Brunei and Taiwan.

To be sure, China has had a good couple of months when it comes to projecting their rising superpower status to the rest of the world. Indeed, Beijing’s military made history three times last week alone by agreeing to sell some $5 billion in subs to Pakistan, by getting set to start the country’s first nuclear submarine patrols, and by swooping in to rescue more than 200 evacuees in the embattled Yemeni port city of Aden (and risking armed conflict in the process) in what Reuters notes is “the first time that China’s military has helped other countries evacuate their people during an international crisis.”

Get the full story at: http://www.zerohedge.com/news/2015-04-10/define-irony-obama-concerned-china-using-size-muscle-bully-other-countries