Time and The Evolution of Consciousness 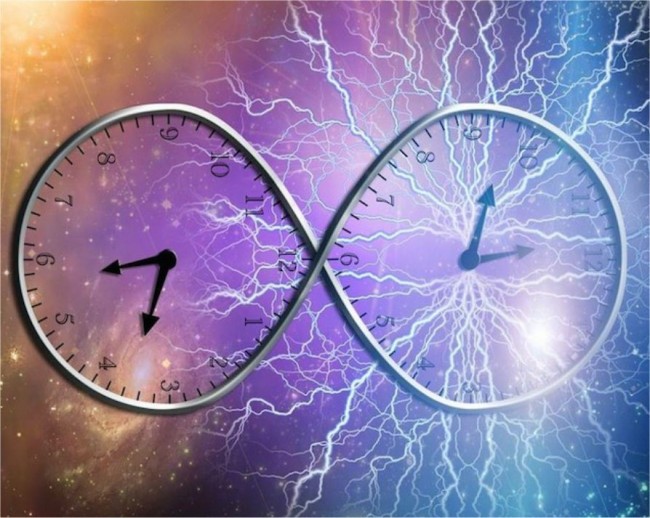 “Everything exists in the present moment and its a fundamental principle of the Universe that many of our scientists are still trying to grasp. Time does not actually exist and Quantum Theory proves it. There are things that are closer to you in time, and things that are further away, just as there are things that are near or far away in space. But the idea that time flows past you is just as absurd as the suggestion that space does.”

“Time Does Not Actually Exist”

Quantum Theory Proves There is Only Now

Scientists are still trying to grasp this fundamental principle of the Universe and quite frankly so do I. However I do sense that humanity is on the edge of discovery. Scientific breakthroughs in the fields of quantum physics will lead us to important discoveries in the study of DNA and its quantum nature. Science will eventually figure out we are indeed quantum beings.

Kryon, (channeled by Lee Carol) talks about humanities, Dimensional Perception and where the Physical Sciences are headed. Kryon gave this information in Bolder, Colorado on Sunday, January 18, 2015.

Armed with this new understanding of the quantum human, Life Sciences will discover that disease can be treated with light and sound. Invasive surgery will be a thing of the past. Our understanding of physics is in it’s infancy stage website here. And it all starts with the non existence of Time and a new paradigm of scientific thought.

The trouble with time started a century ago, when Einsteins special and general theories of relativity demolished the idea oftime as a universal constant. One consequence is that the past, present, and future are not absolutes. Einsteins theories also opened a rift in physics because the rules of general relativity (which describe gravity and the large-scale structure of the cosmos) seem incompatible with those of quantum physics (which govern the realm of the tiny).

According to Einsteins special theory of relativity, there is no way to specify events that everyone can agree happen simultaneously. Two events that are both now to you will happen at different times for anyone moving at another speed. Other people will see a different now that might contain elements of yours but equally might not.

Thank you for reading and sharing this post. Your comments are welcome as always.