Why Did Turkey Shoot Down the Russian Warplane?

“This was, for sure, a premeditated attack, it was not a response to an incursion, and it was a demonstration of intent – an act of war upon Russia. There simply was not time, or space, for it to have been otherwise.”

As with many things, following the likely money trail often exposes the motives. Why should Turkey destroying the Russian warplane be any different? 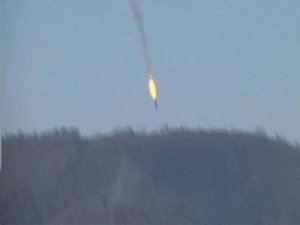 As we all know, on the 24th November, Turkey – an EU aspirant NATO member – shot down a Russian warplane on legitimate Syrian duties. As a result, one pilot is dead, the other rescued by Russian Special Forces, and Russia ended up losing a rescue helicopter in the process.

Russia and Turkey were not declared enemies. Turkey knows Russian planes are legitimately in the region. So the Turks were not acting against any threat.

If we follow the money, huge quantities of stolen oil are being transported illicitly by ISIS to Turkey in exchange for large quantities of money. Russia has been disrupting this supply by bombing the tankers and the production mechanism. That means someone in Turkey is losing a lot of money due to the effectiveness of Russia’s air campaign. Some sources claim that someone is Bilal Erdoğan, son of Turkish president Recep Tayyip Erdoğan.

Shooting down a Russian warplane is guaranteed to cause Turkey serious friction with Russia. The likely loss of tourism and probable sanctions from Russia might well seriously strain the Turkish economy. This means some people in Turkey are making so much money on a personal level, that they thought an act of war against Russia, and damaging the Turkish tourism industry was a reasonable risk to take to stuff their pockets with cash.

An Act of War

This was, for sure, a premeditated attack, it was not a response to an incursion, and it was a demonstration of intent – an act of war upon Russia. There simply was not time, or space, for it to have been otherwise.

I am wondering how long it will not be before NATO and the US come clean and simply state the obvious, that NATO and the US are in alliance with ISIS and have no intention of doing as they have told us in respect of this group.