(Geopolitics) The Asian Dragon Family has offered the owners of the Federal Reserve Board staggering quantities of gold at a 13% discount from the market price. The idea is for 10% of this money to be spent on a massive campaign to end poverty, stop environmental destruction and send humanity on a path for exponential expansion into the universe.

The ball is now in the court of the US regime in Washington DC. That is why the US President and Vice President are having an emergency meeting on April 11 with Federal Reserve Board Chairperson Janet Yellen. A member of the Dragon family will also be at that meeting, CIA sources in Asia say.

If the Feds refuse the Asians, the BRICS nations and the Europeans will announce a new international gold backed currency that can be exchanged for US dollars during a three month period. After that period, the US dollar will no longer be accepted by at least 188 countries, leaving the Washington regime isolated and bankrupt. In this event, to avoid war, the US military operations outside of the United States will continue to be financed using the new currency. The new regime that will inevitably replace the bankrupt Feds in the US will be free to issue their own currency with unlimited spending power inside the US.

In addition to the financial sanctions against the Feds, the world’s martial arts societies will be mobilized to finish off the genocidal faction of the Khazarian mafia. Chodoin Daikaku, the ostensible head of many of the world’s martial arts factions, is being relieved of his duties and will be replaced by Masaaki Hatsumi, head of the Bujinkan Dojo. The reason for this is that Daikaku, whose real name is Ryosuke Matsuura, has refused to mobilize the martial arts societies under his supposed leadership despite being presented with ample proof that the Khazarian mafia has been actively trying to murder more than 90% of the world’s population. In other words, multiple blows have been struck against the human race and, despite a legitimate need for self-defense, he does nothing.

The evidence he ignores includes multiple attempts to start World War 3, the spreading of bio-weapons like ebola, HIV, and SARS, attempts to cause mass starvation by paying farmers to grow fuel, not food and much more. Not only that, having failed in these attempts to kill the billions the Satanists announced they would kill, it appears they are getting ready for some massive sacrificial event: at least one thousand temples to Baal are being built around the world. In ancient times children were traditionally burned in sacrifice to Baal, also known as Molech and later Set and finally now Satan.

The fact remains the regime of Barack Obama in the United States has not arrested any of the perpetrators or planners of these atrocities. This means that all members of the military, the police, the agencies and martial arts societies must go up the chain of command and insist action be taken before more deaths occur.

Fortunately, there is evidence that at least some serious action is being taken. For one thing, the entire Swiss branch of the Rothschild family is wanted by the police, according to Pentagon sources. The Swiss Rothschild branch, who control the BIS, are considered the head of the octopus by many informed investigators. This is just the beginning of the take down, they promise.

An important thing to realize is that the “#PanamaPapers” operation now being widely reported on in the corporate media is not what it seems, multiple sources agree. The fact that it is mainly leaders of countries associated with the Nazi faction of the Khazarian mob, like the heads of the Ukraine, the UAE, Qatar, Georgia and Saudi Arabia, who have been exposed gives you a hint of the bigger plot. In reality the Panama Papers is a giant sting operation designed to…

This post is only viewable for paid members of Benjamin Fulford’s Geopolitical blog. Please register your account to view full text. If you are registered you can login here.

Who Is Benjamin Fulford? 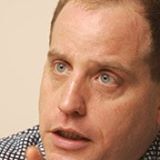 20-years experience as a professional writer and journalist. Have sold over 500,000 non-fiction books written in Japanese. Have produced a comprehensive catalogue of scoops in field ranging from business to yakuza gangsters to high-finance to government corruption. Now focused on exposing U.S. manipulation of Japanese politics, media and education through a combination of bribes, murder, brainwashing etc. My goal is to counter U.S. propaganda and expose the Japanese people to the truth so that they may free themselves from the colonial yoke and use their $5 trillion in overseas holdings to end world poverty and save the environment.