Totalitarian Democracy and the Awakening of America

American Politics: “We don’t really elect our leaders, as it is now. We select people to work as agents of the Deep State, a shadowy unelected agency of interests and figures much more powerful than any elected stooge. The charade of American presidential politics is more of a drain on our society than an opportunity for renewal.”

The Military Industrial Complex, Secret Societies and the Deep State

Yes we were warned about the danger of powerful banking interests, “Banksters” by President Thomas Jefferson in 1816, Vice-President and U.S. Senator John C. Calhoun on May 27, 1836, and President Woodrow Wilson in 1913.

It was Woodrow Wilson who signed the Federal Reserve Act in 1913.  This is what he had to say in retrospect.

“I am a most unhappy man. I have unwittingly ruined my country. A great industrial nation is controlled by its system of credit. Our system of credit is concentrated. The growth of the nation, therefore, and all our activities are in the hands of a few men. We have come to be one of the worst ruled, one of the most completely controlled and dominated Governments in the civilized world no longer a Government by free opinion, no longer a Government by conviction and the vote of the majority, but a Government by the opinion and duress of a small group of dominant men.” – Woodrow Wilson, U.S. President (1913-1921)

He did indeed! Later in 1933 President Franklin D. Roosevelt confirmed the truth.

“The real truth of the matter is, as you and I know, that a financial element in the large centers has owned the government ever since the days of Andrew Jackson.” — Franklin Delano Roosevelt, 32nd President of the United States (1933–1945), in a letter to Colonel Edward M House dated November 21, 1933, as quoted in F.D.R.: His Personal Letters, 1928-1945.

Into the great wide open, the truth is in sight!

Yes America is in a bit of a pickle. But there is more to the deep state control than just bankers. There is a barrel full of  Secret Societies that past presidents have warned us about as well. Lets not forget the Military Industrial Complex. Presidents George Washington, Dwight D. Eisenhower and John F. Kennedy all shared their thoughts on the control secret societies and the industrial military complex has on government.

Since Kennedy, no other leader has given us the truth on who really runs things.

The following article (Former U.S. Presidents Explain Why the Presidency is Now Irrelevant) was originally created and published by Waking Times and digs deep into the corrupt state of government.

Former U.S. Presidents Explain Why the Presidency is Now Irrelevant

Election time is here again, and Americans are scrambling to make sense of the choices being pimped out to us by the establishment. So much hangs in the balance right now, and it’s impossible to escape election coverage as the entire world watches with bated breath. Oh, who will it be? 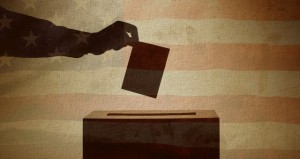 Recent polls suggest around 40% of Americans consider themselves to be ‘independent’ voters, which is understandable, as this nation has always been one of maverick thinkers and innovators. The conscientious, the creative and the courageous, I believe.

Yet, now we’re also well-trained, obedient, and habituated to over-indulgence in tradition and entertainment. And as it is, the powers that be are also at the top of their game when it comes to corralling the American people into the phony left/right political paradigm. And they’re better than ever at tricking Joe Public into believing that anti-establishment candidates come from establishment political parties.

People are waking up to the charade, though, and the election cycles do highlight the ever-growing demand for something better than what we have. Eventually this awakening will reach critical mass, but this storm is a long time coming.

Some of our most revered presidents and leaders have warned us that what we see and know as the outer face of the American government is hardly the true picture of the actual forces that control the American government. Many past presidents and other prominent American figures have alluded to a secret takeover of our nation that has been underway since its inception. In this model, the president is little more than a distraction, a figure head for the people to focus on while the real work is done behind the curtain.

Without honest money, un-adulterated by private entities, human civilization will be always be paralyzed by public and private debt. The banking establishment, having been working behind the scenes to accumulate political power for centuries now, has unprecedented control over world governments and world events.