The 21st Century: An Era Of Fraud By Paul Craig Roberts

“In the last years of the 20th century fraud entered US foreign policy in a new way. On false pretenses Washington dismantled Yugoslavia and Serbia in order to advance an undeclared agenda.”

Uncovering An Era Of Fraud

It is becoming more apparent to me that humanity is beginning to wake up to the truth. What the majority is awakening to is somewhat frightening. In this article Dr. Paul Craig Roberts provides an overview. The scope of the fraud many have awakened to is absolutely evil. Please enjoy the article.

The 21st Century: An Era Of Fraud

In the last years of the 20th century fraud entered US foreign policy in a new way. On false pretenses Washington dismantled Yugoslavia and Serbia in order to advance an undeclared agenda. In the 21st century this fraud multiplied many times. Afghanistan, Iraq, Somalia, and Libya were destroyed, and Iran and Syria would also have been destroyed if the President of Russia had not prevented it.

Washington is a Destructive Force

Washington is also behind the current destruction of Yemen, and Washington has enabled and financed the Israeli destruction of Palestine. Additionally, Washington operated militarily within Pakistan without declaring war, murdering many women, children, and village elders under the guise of “combating terrorism.” Washington’s war crimes rival those of any country in history.

I have documented these crimes in my columns and books (Clarity Press).

Anyone who still believes in the purity of Washington’s foreign policy is a lost soul.

Russia and China have a strong strategic alliance

America is failing economically and politically

America is also failing on the economic front. My columns and my book, The Failure of Laissez Faire Capitalism, which has been published in English, Chinese, Korean, Czech, and German, have shown how Washington has stood aside, indeed cheering it on, while the short-term profit interests of management, shareholders, and Wall Street eviscerated the American economy, sending manufacturing jobs, business know-how, and technology, along with professional tradeable skill jobs, to China, India, and other countries, leaving America with such a hollowed out economy that the median family income has been falling for years.

Today 50% of 25 year-old Americans are living with their parents or grandparents because they cannot find employment sufficient to sustain an independent existance. http://www.zerohedge.com/news/2015-10-27/why-are-half-all-25-year-olds-still-living-their-parents-federal-reserve-answers This brutal fact is covered up by the presstitute US media, a source of fantasy stories of America’s economic recovery.

The facts of our existence are so different from what is reported that I am astonished. As a former professor of economics, Wall Street Journal editor and Assistant Secretary of the Treasury for Economic Policy, I am astonished at the corruption that rules in the financial sector, the Treasury, the financial regulatory agencies, and the Federal Reserve. In my day, there would have been indictments and prison sentences of bankers and high government officials. 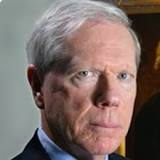 Economist
Paul Craig Roberts is an American economist, author and blogger. He served for one year as an Assistant Secretary of the Treasury for Economic Policy in the Reagan administration. Wikipedia
Born: April 3, 1939 (age 76), Atlanta, Georgia, United States
Education: University of Virginia, Georgia Institute of Technology